How did Captain’s Club get started?

We sold the restaurants we owned in Christchurch and teamed up with our best friend to buy some land in front of our house. Four years later, in 2005, we were able to start building and opened the doors to Captain’s Club Hotel & Spa in November 2006.

Why the nautical theme?

The hotel was designed so all public areas and bedrooms faced the river. As the design developed, the building took the shape of a cruise ship which leant itself nicely to the nautical theme we embrace to this day.

What is your favourite thing about owning/running a luxury hotel?
Definitely the variety and randomness that each day brings – no two days are ever the same. We also have the freedom to do what we want to make sure our guests get the experience we always dreamed of giving.

How does it feel to reach 10 years?
We’re extremely proud. We have lived and worked together for 20 years but this chapter in our lives has been huge and it’s amazing how many of our crew from 10 years ago are still with us!

Any funny stories from your time at Captain’s Club?
We hosted a black tie dinner event called Jazz on the River for 100 local rotarians. At 8.30 the organiser asked why the band weren’t setting up. After chasing for a while we found out they’d double booked and were playing in Salisbury. Our quick thinking Assistant Manager said he had a mate with a band that lived locally. We gave everyone free champagne and explained the band was running late. Two hours later, four seventeen year-old grungy teenagers turned up with two electric guitars and a drum kit. They opened with a punk version of Stairway to Heaven – needless to say it was time to pull the plug, drink some gin, and plan our stairway to heaven.

What have been your proudest moments over the last 10 years?
We’re extremely proud to have 2 rosettes for our kitchen, 4 silver stars, and we were featured in The Times’ top 100 hotels in the UK.

When did Willow the dog join the Captain’s Club crew?
Willow was given to Tim at a lunch party for his 50th birthday in March 2013.

What’s next for Captain’s Club Hotel & Spa?
We’re excited to be refurbishing the bedrooms and create a new look for our Bar and Lounge.

Sum up the last 10 years in 3 words
Challenging. Gratifying. Crazy.

How will you be celebrating the hotel’s 10th birthday?

We had an amazing birthday bash at the hotel on the 11th of November (Gareth Gates, of course, made another fantastic appearance) which sold out really quickly – a huge thanks to everyone, it really means a lot.

We’re also rolling out some birthday discounts and offers in a variety of areas including a special spa day, restaurant discounts, and accommodation deals to say thank you to the people who made this all possible.

We had an amazing time at our 10th birthday party so a huge thank you to everyone who could make it – we couldn’t have hoped for a better celebration! 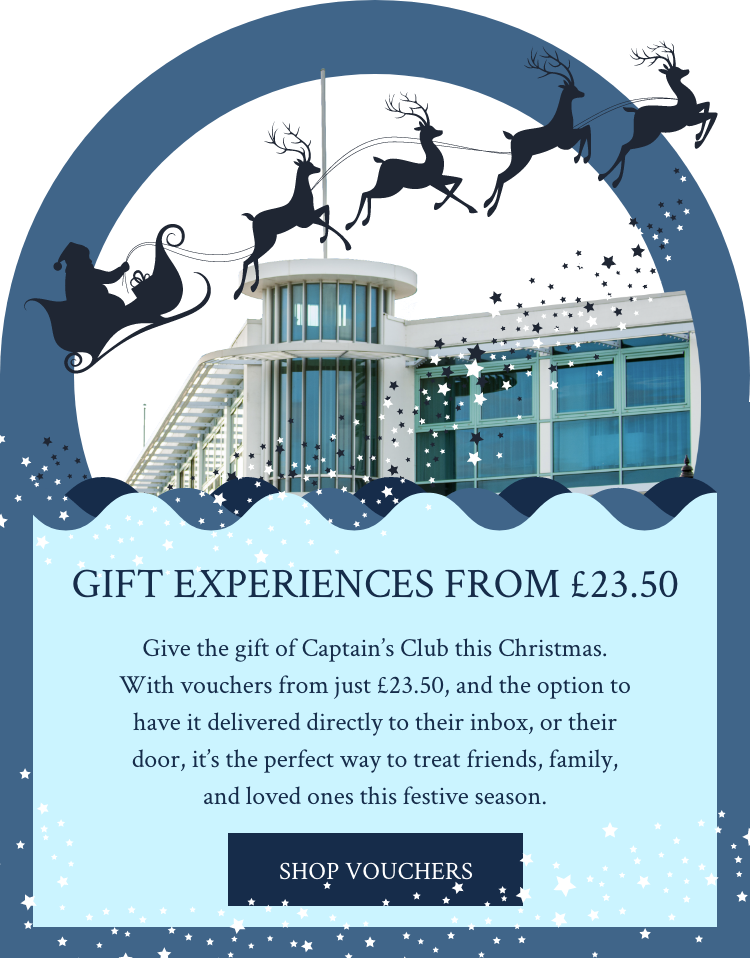